Reminiscent of a large, cube shaped iPhone, the Holi Smart Lamp projects millions of color combinations to create a dazzling light show in any environment although the shortage of connectivity options and advanced features available with this model limit its usage rendering it inappropriate for everyday use. 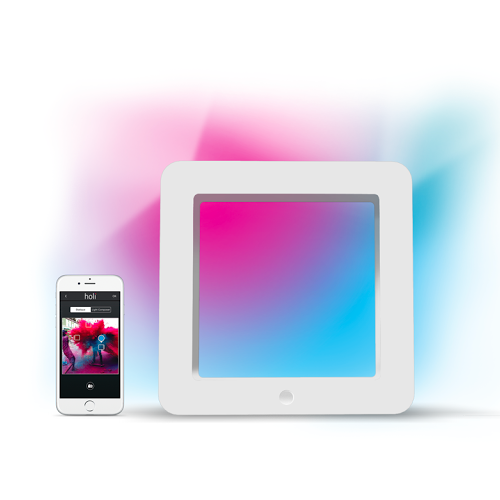 THE GOOD / The Holi Smart Lamp does not require assembly, a Hub or other unanticipated expenses to complete setup. Visually, it is modern and available in your choice of one of three finishes to appeal to your personal style and decorating preferences while rendering music and light synchronization.

THE BAD / IFTTT recipes, home automation systems and voice automated controls are rapidly increasing in popularity but with this model, none of these features are proposed. The term lamp is also quite misleading as the device merely projects light onto other surfaces which is more for show than for utilization.

THE BOTTOM LINE / It is unclear which technical details the developers of the Holi Smart Lamp considered to be “smart” but everything about this piece suggests that it is merely connected to an app for temporary recreational purposes. While syncing the lamp to music may be stimulating at first, it is short lived. In the event that the Holi Smart Lamp was placed on the lower end of the market, it would be a fun piece to break out for parties or special occasions. Its lack of connectivity options and limited features makes the price seem rather absurd.

The concept of the Holi Smart Lamp appears to have been inspired by the sophisticated design of modern iPhones. With sleek lines, a smooth finish and a cubed design, the Holi Smart lamp imitates the iPhone down to the power button which is modeled after the phone’s home button. While the cube shape is a touch too elementary for some tastes, the unpretentious concept fares well among those who welcome futuristic or minimalist décor.

The lamp’s casing is made of a first-rate aluminum material, although the face of the lamp is made of plastic. This plastic face is conveniently offered in three shades including white, metallic or a limited edition black finish. Eighteen LEDs (including 9 white and 9 RGB) are hidden in the back of the 20cm x 20cm sized lamp although they are easily viewed when the lamp is turned around. In either case, looking at the Holi Smart Lamp certainly gives no indication that it is, indeed, a lamp. 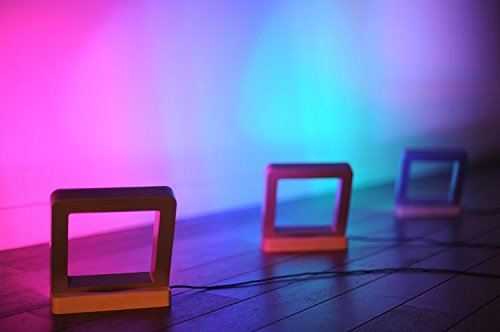 The Holi Smart Lamp arrives straight to your front door fully prepared for use. There is no complicated assembly or mounting required for this particular model. The Holi Smart Lamp comes equipped with a 5V power cord which is an eyesore, yet a necessity for powering the lamp. The lamp can be turned on directly after removing it from packaging. After connecting to a power source, tap the power button on the front to view basic white light or pre-programmed schemes.

To customize the light or explore more pre-programmed shades, you will need to download the SmartLAMP by Holi application on your phone or tablet. Installing the app is the final step needed to connect to the device. From there, you are free to explore the various combinations of colors and scenes at your leisure. Additional steps are required to enable Fun Music Mode, although the instructions provided make the process much less of a hassle than it may initially appear to be. 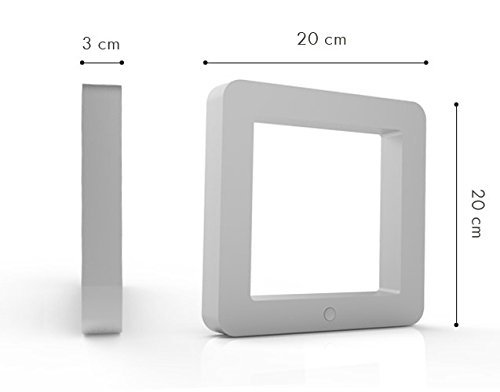 Perhaps the most intriguing aspect of the lamp is its Fun Music Mode. Through the app, users can command the lamp to react to the music that they are playing. With millions of colors, this can create a stunning visual show as the lamp projects light onto nearby walls and objects from the back of the lamp. These LED lights are not able to be replaced as the bulbs are expected to operate for around 40,000 hours. 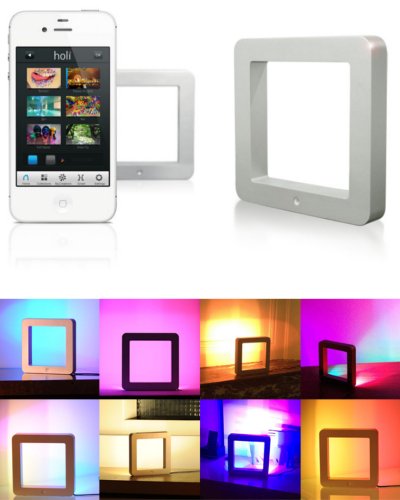